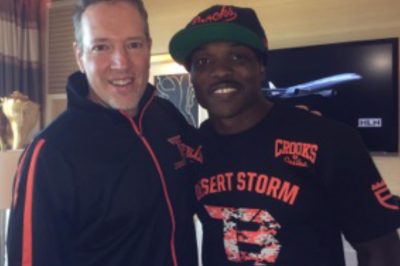 Two time WBO welterweight champion Timothy Bradley will square off against Manny Pacquiao on April 9th at the MGM Grand and again Frank will be ring side. Ironically it was after Tim’s last fight against Pacquiao in 2014 that Tim was introduced to Frank. Although the injury was severe Frank was able to devise a rehabilitation program to allow Tim to heal while continuing to train for his next fight. Tim was so impressed with Frank’s treatment knowledge and rehabilitative skills he invited Frank to become a permanent part of his team. This will be Franks 4th trip to the ring as a member of Team Bradley. Frank is constantly striving to stay at the top of his profession to help athletes stay at the top of their game. Franks unwavering commitment to his craft is not reserved for just his many professional athletes. Whether it’s a LPGA player, a 10 yr old gymnast, a top boxer or an 88 yr old golfer who just wants to keep playing, Frank applies that same knowledge, passion and drive to each and every one of his clients. Even after rehabbing from an injury or new joint, many of his clients continue to stay on his schedule, season after season to keep up their fitness and any new issues that may arise during the busy season.